The most popular Fixed Fire Fighting Equipment are water systems . The main group of such installations are sprinkler systems . Fully automatic, allowing for quick detection and extinguishing of a fire directly in the place of its occurrence.

The installation consists of sprinklers, control and alarm stations, a pumping station and a water reservoir integrated in the network of pipes.

The mechanism of operation of the installation is based on the detection of fire by sprinklers – nozzles with thermo-sensitive ampoules, which burst under the influence of increasing temperature, allowing the outflow of water in the installation directly above the source of the fire. Due to the pressure drop in the pipelines, the control and alarm valve is opened and the sprinkler pump is started. By connecting the installation to monitoring, the fire signal is sent to the facility staff and the State Fire Service for further rescue operation.

Sprinkler systems can be divided into three categories:

There are several types of control, including hydraulic, pneumatic, electric, and pre-response, depending on the object to be protected. It is also possible to manually activate / deactivate the system in order to avoid unnecessary damage. 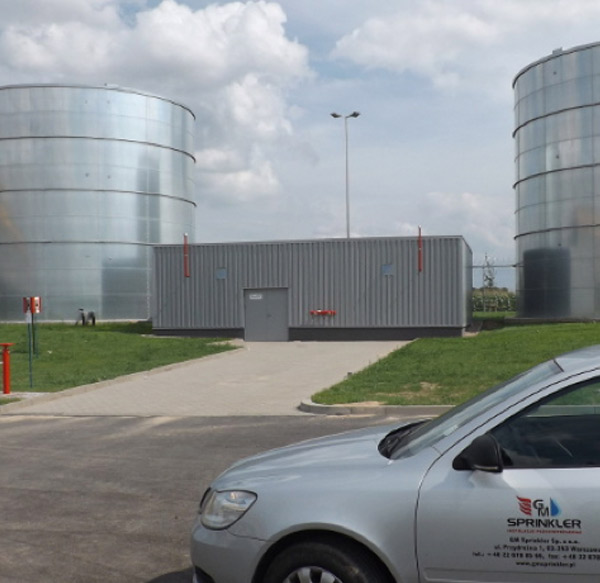 We prepare projects, perform installations and provide service. We specialize in many types of fire protection, depending on the type of the secured facility.